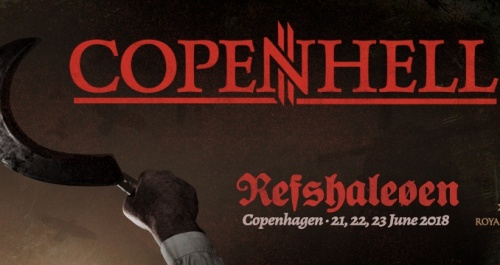 COPENHELL is Denmark's greatest rock and metal festival, which has drawn metal fans from both within and outside the country's borders to Copenhagen since the beginning of 2010. The peninsula called 'Refshaleøen' right in the middle of Copenhagen is the epicenter of these three days of hell on earth, and the raw, industrial surrounds are the perfect background for the brutal decibel bombardment from COPENHELL's three stages.